Workshop: Graphic Novel in Teaching and Learning about the Holocaust

You are here: Home / News and Articles / Education / Workshop: Graphic Novel in Teaching and Learning about the Holocaust

The workshop “Graphic Novel in Teaching and Learning about the Holocaust” prepared and organized by Terraforming, was a part of a three-day event in Belgrade 20-22 April 2016 hosted by the Historical Archives of Belgrade, in the frames of the project “Escalating into Holocaust – Two Defining Phases of the Holocaust in Serbia”.

A unique art form – the combination of elements in graphic novels

Novels speak to us usually in a linear written narrative; picture books tell a story with text accompanied by illustrations; film does so with moving images and dialogue; and poetry can communicate on levels that no other storytelling can. Graphic novels combine all these elements in their own unique way. They are like prose in that they are a written printed format, but they are also like film in that they tell a story through dialogue, and through visual images that give the impression of movement. Graphic novels’ text is both written and visual. It provides a great base for visual analysis of the content.

Graphic novels powerfully attract and motivate kids to read. Many librarians have built up graphic novel collections and have seen circulation figures soar. School librarians and educators have reported outstanding success getting kids to read with graphic novels, citing particularly their popularity with reluctant readers. Many educators have reported great success when they have integrated graphic novels into their curriculum, especially in the areas of language, science, social studies, and art. Graphic novels has been proven as a great tool to facilitate communications and knowledge exchange between generations, as well as critical and analytic thinking, creativity and group work.

Graphic novel about the Holocaust victims of Sajmiste concentration camp

The workshop was meant to serve as introduction to the work on teaching materials about the Holocaust victims killed at Sajmiste concentration camp, with aim to get an overview of existing best practices and challenges, and as invitation for discussion and exchange among local and international participants. Among workshop participants there were representatives of local NGOs, teachers, Jewish community, scholars, historians, archivists, illustrators, filmmakers, animators and others. Among international participants there were guests from Austria, Germany, Hungary, Netherlands, and UK. 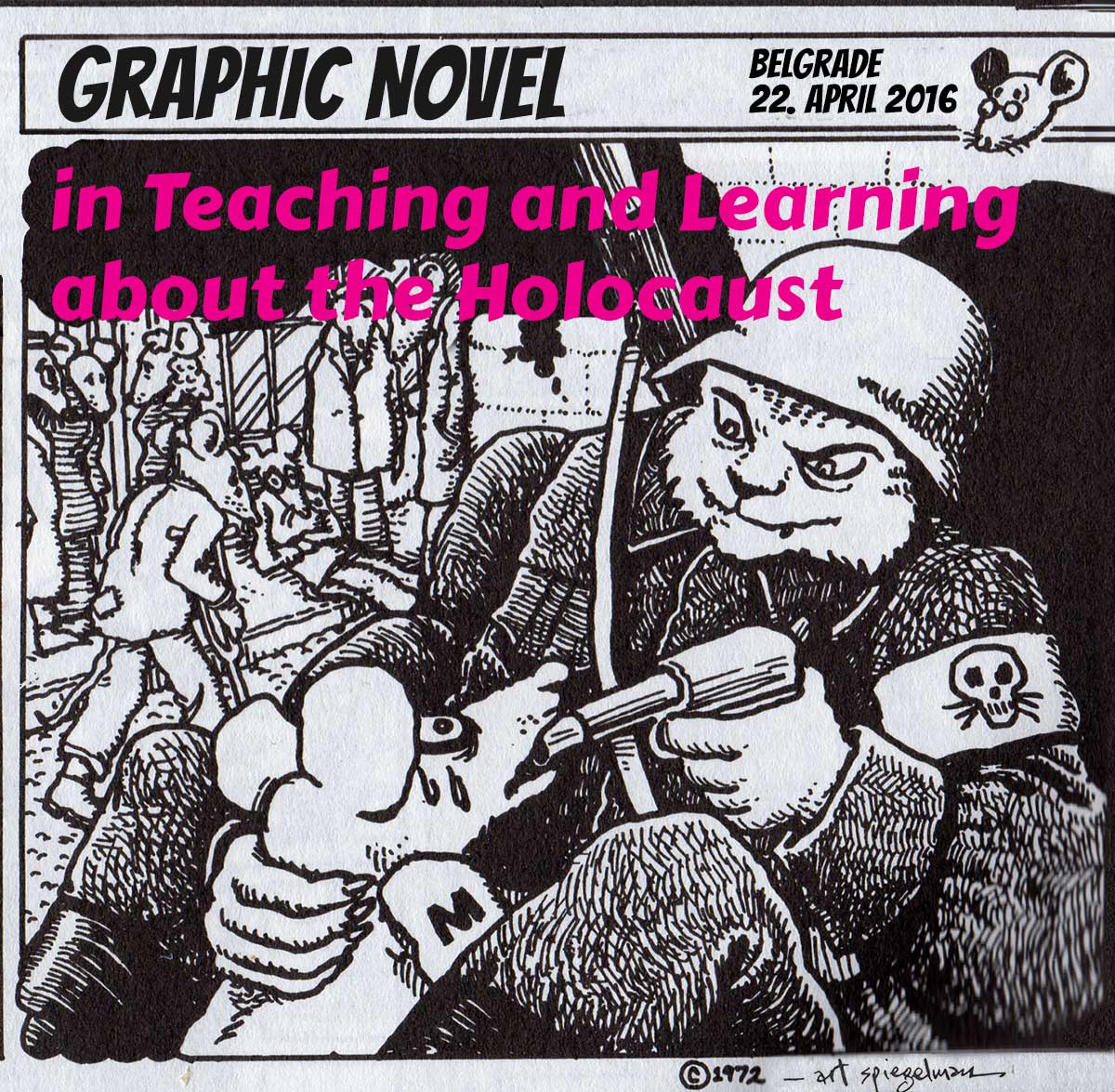 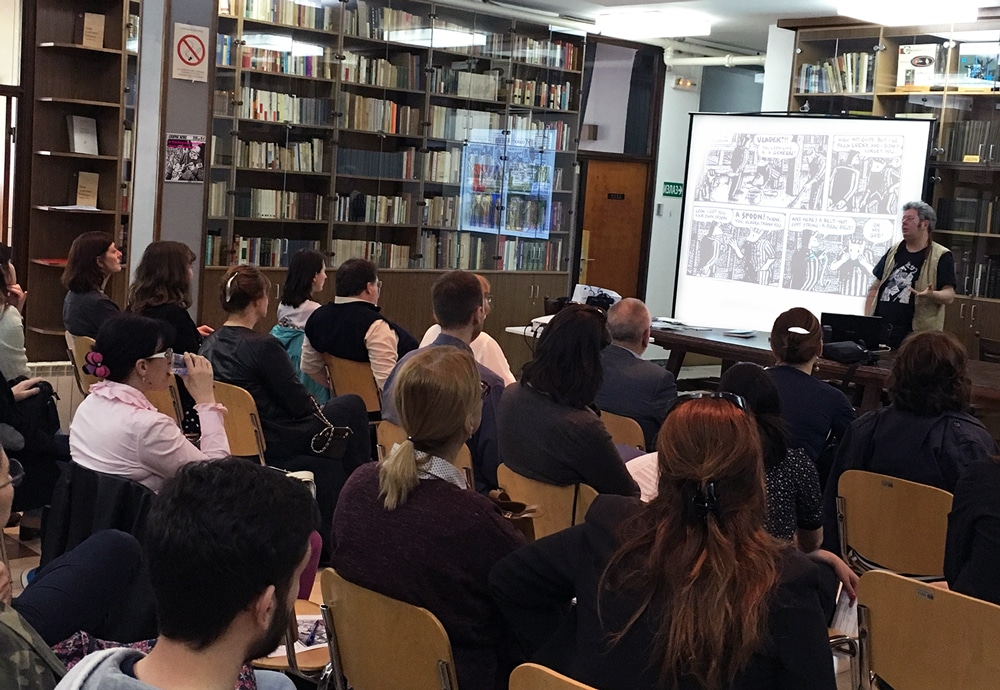 “Monuments” by Iva Ćirić, Animator, Director and Illustrator from Belgrade (Serbia)
Animated woodcuts from the bibliophile edition “Monuments” (1961) by Milos Ciric (1931 – 1999), were inspired by the texts of Serbian poets about sufferings during the Second World War.