You are here: Home1 / News and Articles2 / Event3 / OSCE Chairmanship Conference on Tolerance and Diversity

Within the framework of Germany’s OSCE Chairmanship, the Federal Foreign Office hosted a Conference on Tolerance and Diversity in Berlin. The event consisted of two parts: The Civil Society Pre‑Conference on 19 October, and the Conference for the representatives and officials of the OSCE participating States on 20 October.

The contribution of civil society actors, especially through education, towards tackling prejudices and hatred as well as through combating hate speech were the focus of a civil society pre-conference. Civil society representatives discussed the role of state and non-state actors in promoting tolerance and diversity, interrelations between combating hatred in social media and freedom of opinion and expression, how to effectively safeguard against discrimination, and what alliances can be formed for joint advocacy. The results of these discussions were presented at the conference on 20 October.

As Dr. h.c. Gernot Erler, the Special Representative for the German OSCE Chairmanship 2016, emphasized in the opening speech, the OSCE participating States have already made commitments to actively support activities and partnerships in civil society to set up local, regional and national advice mechanisms to promote mutual respect and combat intolerance.

Working group on Education for Tolerance and Diversity

Terraforming took an active part at the Pre-Conference for Civil Society, particularly in the discussions at the Working group on Education for Tolerance and Diversity, contributing propositions to the Civil Society recommendations.

“Include tolerance education in many forms of education, for example in media education. This is of particular relevance for the outreach to many young people inside and outside of formal education and illustrates that there is a chance to recognize patterns of hate in the media and the power to oppose this.” 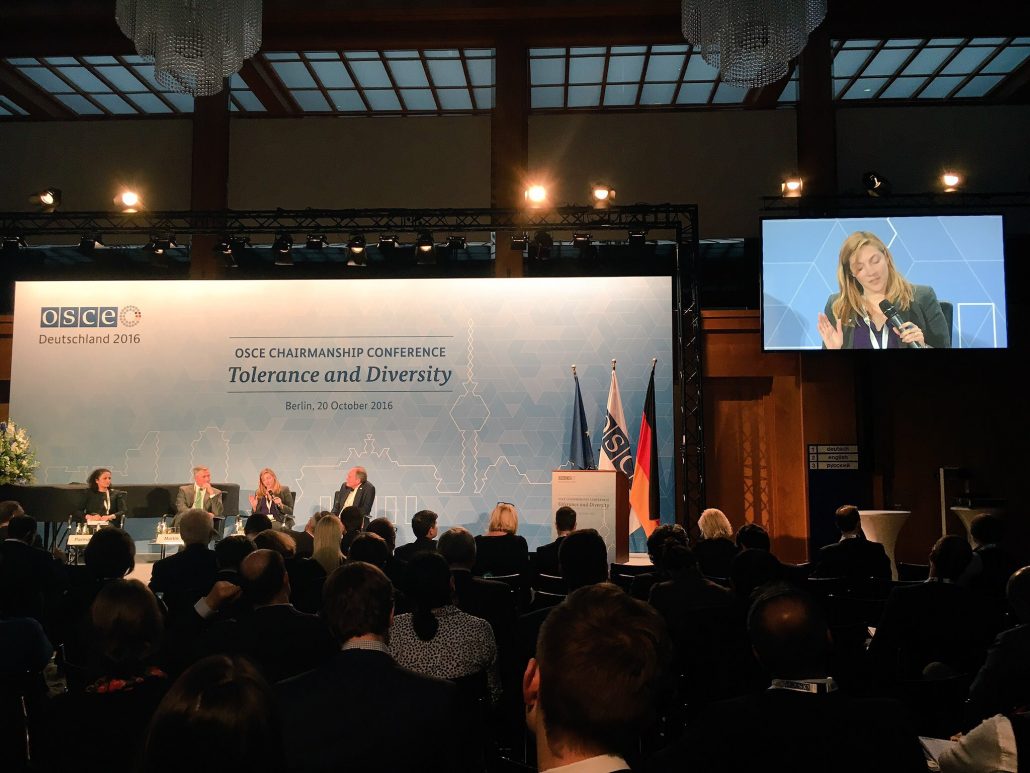 The OSCE Chairmanship Conference was directed towards representatives from government, media, businesses, and civil society from the OSCE participating States and Partners for Cooperation.

The conference focused in particular on:

As usual, the OSCE conference was a great opportunity for idea and experience exchange among colleagues around OSCE region.

“All over Europe, including here in Germany, we will only be able to overcome the new challenges to the cohesion of our societies if we work closely with civil society and conduct an ongoing dialogue with our citizens.”
Dr. h.c. Gernot Erler, the Special Representative for the German OSCE Chairmanship 2016

Educational Materials about Holocaust in Serbia